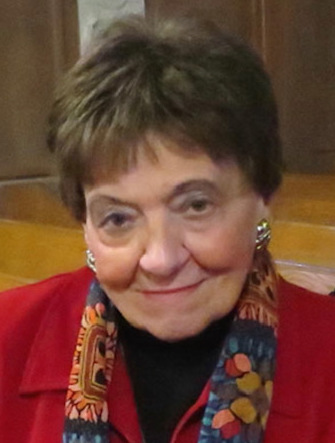 Born in the Bronx to the late William and Josephine Butrico, Grace resided in South Plainfield prior to settling to Edison in 1961 along with her late husband, John.

A faithful communicant of Sacred Heart RC Church in South Plainfield for over 60 years, Mrs. Bertucci was a longtime member of the Altar Rosary Society.  She was instrumental in the planning of the Church’s annual Christmas Concert and also served the church in several other capacities.

As a result of her dedication to her faith and the entire community of Sacred Heart, Grace was recognized by the Diocese of Metuchen for her tireless efforts and service as she received the Regina Nostra award which was presented by Bishop Bootkoski.

Active with Plainfield’s Chapter of UNICO, the Red Hatters and the Suburban Woman’s Club, Grace was influential in the planning of the annual fashion show. In addition, Grace also was a member of the South Plainfield Seniors.

A true matriarch, Grace loved to spend time with her family, hosting Thanksgiving. She will be remembered as a loving and devoted, wife, mother, grandmother and great grandmother.

Funeral services will be held on Saturday, May 29, 2021 at 9:15AM at McCriskin – Gustafson Home For Funerals, 2425 Plainfield Avenue South Plainfield NJ 07080 followed by a funeral mass celebrated at 10:30AM at Sacred Heart RC Church, South Plainfield.

Visitation will be held on Friday, May 28, 2021 from 4-8PM in McCriskin – Gustafson Home For Funerals.