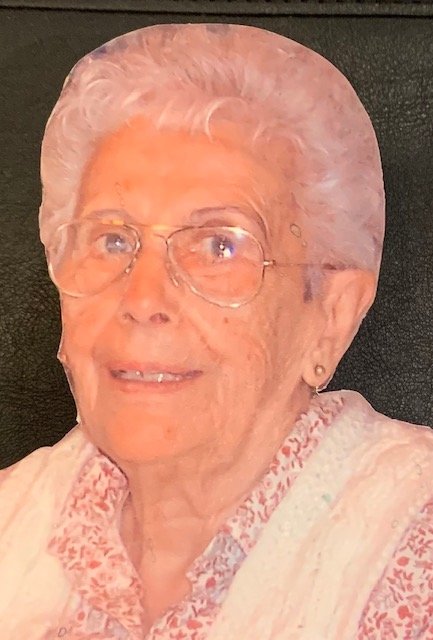 Piscataway, NJ – Antonia M. (Bousoño) Casuso, 102, passed away at her residence on Monday, December 2, 2019.  Born in Navia, Spain, to the late Lucas and Francisca (Freire) Bousoño, Antonia married Jack in 1947 and emigrated to join him in the United States in February 1948 arriving by ship in a snowstorm.  She lived in Newark, the Finderne Section of Bridgewater and Middlesex prior to settling in Piscataway with her son after the death of her husband Jack.

Antonia devoted much of her time to her family and in her younger years, she enjoyed crocheting, knitting and gardening.  Throughout her life, Antonia had many accomplishments, but the two she was most proud of were obtaining her driver’s license when she was in her 60’s to care for her late husband and becoming a United States Citizen in 1999.

Predeceased by her husband Jack in 1979, six siblings and grandson Michael earlier this year, Antonia leaves behind her sons; Jack of Piscataway, Frank and Lang , Mike and his wife Leslie of Flemington.  She will be missed by four grandchildren; Stephen, Jennifer, Jessica and Kim as well as five great-grandchildren; Daniel, Lauren, Andrew, Emily and Luke.