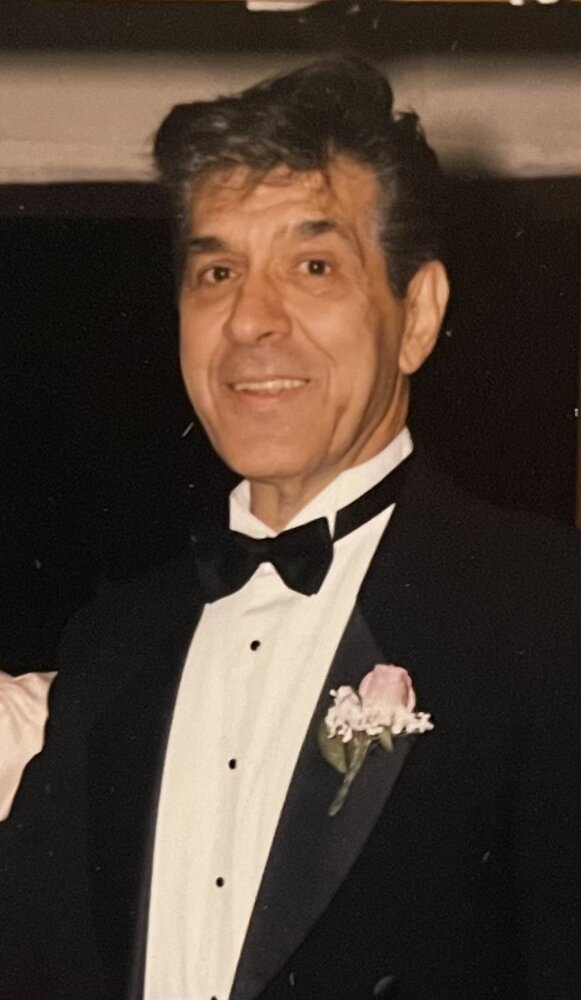 Please share a memory of John to include in a keepsake book for family and friends.
View Tribute Book

John G. Montecalvo, 91, passed away on November 17, 2022 at JFK Medical Center in Edison surrounded by his loving family.  Born in Panni, Foggia Italy to the late Domenico and Virginia (Rainone) Montecalvo, John lived in Perth Amboy until 1953 and settled in Metuchen until 1957.  John moved to Edison in 1957 where he and his late wife, Dorothy, raised their family.

John was a proud veteran, having served during the Korean War.  He was honorably discharged in 1953 as a Sergeant Third Class.  For over sixty years, John worked for the Metropolitan Life Insurance Company as an insurance agent.  He was a faithful communicant of Sacred Heart Church in South Plainfield, was a War Veteran Member and competed in the Senior Olympics where he won a gold medal in Basketball.

John was an avid tinkerer and was always fixing things for his family and friends.  He was active and could often be found on the basketball court, scuba diving, fishing, riding motorcycles or parachuting out of planes.

Predeceased by his beloved wife Dorothy, he leaves behind his loving family; daughters Yvonne and Donna Montecalvo of Edison, son Gerard and his wife Donna of Green Brook and his grandchildren; Dominic and Michael of Green Brook, Anthony Buza of Los Angeles, CA, Jaclyn Benedetto of Rochester, NY and Jessica Buza of Highlands.

In lieu of flowers, memorial donations sent in John’s name to the Alzheimer’s Association (www.alz.org) or The Wounded Warrior Project (www.WoundedWarriorProject.org)  would be appreciated.

Look inside to read what others have shared
Family and friends are coming together online to create a special keepsake. Every memory left on the online obituary will be automatically included in this book.
View Tribute Book
Share Your Memory of
John
Upload Your Memory View All Memories
Be the first to upload a memory!
Share A Memory
Send Flowers
Plant a Tree
Admin Login | Website powered by FuneralTech & TA | Privacy Policy | Terms of Use