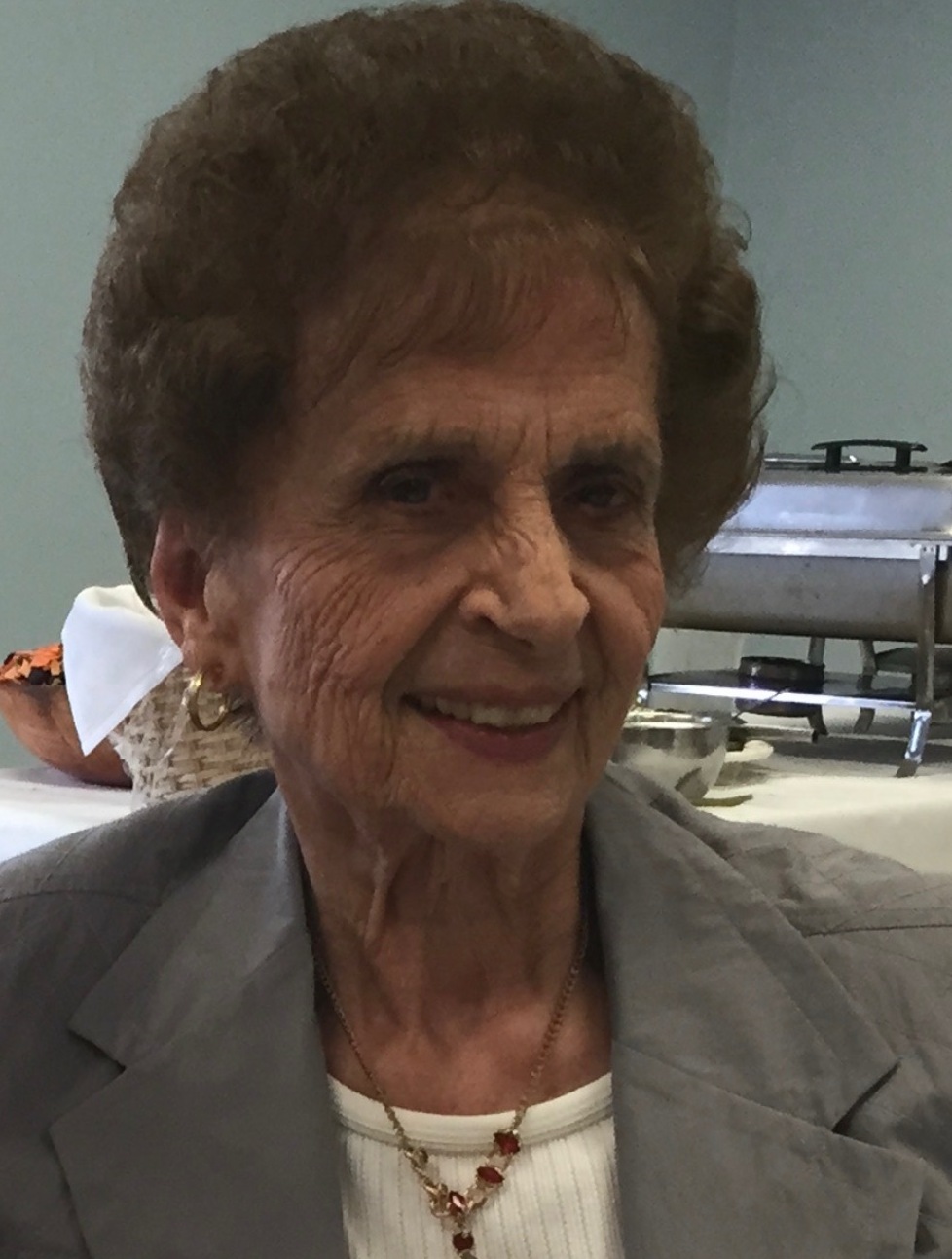 Please share a memory of Ann to include in a keepsake book for family and friends.
View Tribute Book

Ann was born in July 1923 and raised in Morristown, after marrying Anthony in 1947 they settled in Plainfield, where they could be near Anthony’s large family.

Predeceased by her husband Anthony (2010) and 5 siblings, Ann is survived by her daughters, Brenda Cooper of Aberdeen and Barbara Fauver of Port Arthur, Texas; four grandchildren, Sean Pope, Tracey Ashby, Melanie Cortese, Jennifer Allen; five great-grandchildren,  Courtney and David Ashby, Katie and James Cortese, and Harper Allen; and one great-great grandson,  Ezra Ashby.   She will also be missed by her sister Nancy Caruso of East Hanover along with many loving nieces and nephews, extended relatives, and friends.  Ann’s stories, advice, determination, glamour, and faith will be sorely missed.

A visitation will be held at the McCriskin – Gustafson Home for Funerals, 2425 Plainfield Avenue, South Plainfield, NJ on Monday, November 28 from 4 pm to 7 pm.

A Funeral Mass will be held at Sacred Heart RC Church, 149 South Plainfield Avenue, South Plainfield, NJ, on Tuesday, November 29 at 10 am. Family and friends may gather at the Funeral Home beginning at 9 am.

Look inside to read what others have shared
Family and friends are coming together online to create a special keepsake. Every memory left on the online obituary will be automatically included in this book.
View Tribute Book
Share Your Memory of
Ann
Upload Your Memory View All Memories
Be the first to upload a memory!
Share A Memory
Send Flowers
Plant a Tree
Admin Login | Website powered by FuneralTech & TA | Privacy Policy | Terms of Use